Due to the cyclical nature of the construction industry, over time it has gradually been re-established to its original state.

(via PRWeb) When the U.S. economy took its hit in 2008, construction rates and new project plans were at an all-time low for years. Thankfully, due to the cyclical nature of the construction industry, over time it has gradually been re-established to its original state. Electric TV interviewed economist and expert Robert Murray and discussed his forecast for the domestic construction industry and what to expect in the coming years. The interview, created by Electric TV.

Murray predicts that interest rates will remain favorable for 2015 and 2016. Inflation has continued to remain under control, giving businesses the opportunity to expand. In 2014, non-residential construction rates were up 19 percent in dollar amounts. This year, rates are predicted to be at a 6-8 percent increase, but when manufacturing fees were taken out of the equation, total gains were about 11 percent, similar to that of 2014.

“Any upturn in terms of the economy or the construction industry is generally more extended and gradual following a recession. Why? Because perception lags reality in construction.” Robert Murray, Chief Economist at Dodge Data and Analytics said. “Currently, construction expansion is now approaching cruising speed, and if you’re looking for the recovery, I’d say it is here.”

Murray also explains the recent uptake in electrical construction. In 2014, construction projects, specifically those surrounding office building, increased by 25-30 percent and vacancy rates were low at 11-15 percent. These rates were similar throughout every region of the U.S. Overall payroll employment also grew by an average of 260k jobs a month.

Murray finishes the interview encouraging developers to take advantage of the low interest rates this year. For the electrical contractor, he advises that the recovery period is happening now and encourages them to be proactive with finding new opportunities for expansion.

About Electric TV
Electric TV is a jointly funded effort from the National Electric Contractors Association and the International Brotherhood of Electrical Workers NECA-IBEW. These short video documentaries are produced by Oswego Creative in conjunction with the National Labor-Management Cooperative Committee (NLMCC) to help educate the public on a wide range of projects involving these professional organizations and the value they bring to each project. 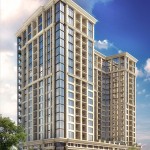 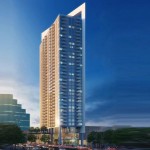 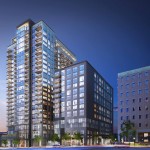 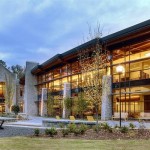 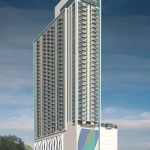 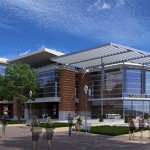 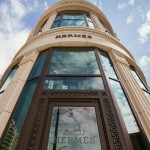 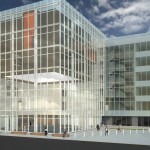